Honaker Community Library
Opened in 2001, a library in Honaker was made possible when upon her death, Mrs. Gaynelle Lockhart Albert donated her home to become a library. After several years of work and fundraising by the Friends of the Library and library staff, the renovated home opened in October 2001 as a branch of the Russell County Public Library. Now open 17 hours each week, it is a vibrant center for the community. The Honaker Community Library dedicated the Williams Memorial Room April 2012; the room is used for library classes, programs, and community events.  The Estate of C.P. & Elsa Williams made a generous donation to the building fund and the Friends of the Library raised money to match which funded most of the building and renovation.

Lebanon Library
Russell County Public Library was established in 1959 as a Demonstration Library. Housed in several locations, including the basement of the County Courthouse, in 1989 the library moved to the Main Street location built especially as a library, funded in part through community donations. The Cumbow Room, used for library classes, programs, and community events, is named for William White Cumbow VI, who was chair of the Library Board when the building was constructed. The Cumbow Room also contains a memorial with the names of Russell County citizens who gave their life in service to their country during the 20th century.

Friends of the Library

Library Board of Trustees 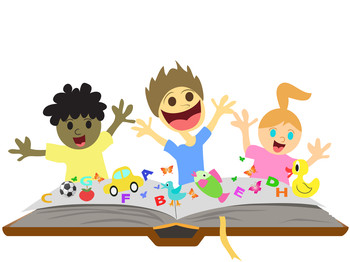 Join us for a story and activity like a song or game or craft. It’s sure to please your little …read more
Sep
30
Thu
4:00 pm Hooked on Crochet
Hooked on Crochet
Sep 30 @ 4:00 pm – 5:30 pm
Lebanon’s crochet group, established in 2017. This group meets every Thursday afternoon to crochet and share their patterns and work. …read more
Oct
1
Fri
all-day NEA Big Read Kickoff
NEA Big Read Kickoff
Oct 1 all-day
Pick up your book and get a copy of all the fun events!
View Calendar
Add

This site is made possible by a grant from the U.S. Institute of Museum and Library Services. It is managed by the The Library of Virginia Library Development and Networking Division.